Markey & Orsi has provided effective legal representation throughout Maryland since 1990. Some of our lawyers’ successes are listed below. Collectively, Steve Markey and Amy Orsi have recovered over $20 million for clients. Because no two cases are identical, past success does not mean that the same result can be achieved in a similar case in the future.

Amy and Steve recently received a judgment in the Superior Court of Kent County, Delaware in the amount of $4.824 million dollars on behalf of the victims of a collision involving the Jolly Trolley trailer out of Dewey and Rehoboth Beach which flipped over on the way to a wedding.

Amy and Steve recently tried a case in the Circuit Court for Montgomery County resulting in the Judge entering judgment on behalf of the Plaintiff notwithstanding the jury verdict on behalf of the defense. The case was then tried to a $750,000.00 judgment.

Steve recently resolved a matter for $300,000.00 on behalf of the victim of a motorcycle collision. Steve’s client was traveling on the highway when a phantom vehicle stopped in the middle of the roadway to make an illegal U-turn, causing a tractor-trailer and other vehicles to swerve to avoid rear-ending the stopped vehicle. The chaos that ensued caused Steve’s client to lay down his motorcycle in the process of trying to avoid the other vehicles. The case was settled for uninsured motorist policy limits of $300,000.00.

Steve and Amy recently resolved a case at mediation involving a tow truck that struck a pedestrian dragging her down the road. The case was resolved at mediation for $2,000,000.00.

Steve and Amy settled a case for $1,350,000.00 for an individual whose eye surgery resulted in significantly diminished vision.

Amy resolved a case for $750,000.00 on behalf of a client who suffered a spinal cord contusion and injuries to his knee which required multiple surgeries and chronic pain after being struck in the rear while stopped at a traffic light by a vehicle traveling at a high rate of speed.

Amy resolved a case for policy limits on behalf of a client who suffered a severe dog bite while he was walking down the street. The dog bit his arm several times, and caused permanent nerve damage. The dog escaped from the backyard because the dog’s owner had failed to properly secure the dog and otherwise secure the property so that the dog would not leave the yard.

Amy and Steve resolved a case at mediation, that had been tried, appealed, and remanded back for another trial, against a physician who had performed an unauthorized and unnecessary vaginal and breast exam on a patient.

Amy recently settled a wrongful death auto accident case on behalf of a minor child whose father was killed in an auto accident by a driver who ran a red light.

Amy resolved an automobile accident case just prior to trial in Prince George’s County. The client was struck by a vehicle traveling the wrong way on a one-way street. As a result, the client sustained a serious permanent injury to his lower back. The case settled for six figures shortly after Amy deposed the defense expert doctor who admitted the client’s injuries were caused by the accident.

Amy obtained another six-figure judgment on behalf of a family who was injured in Western Maryland when the minivan they were traveling in was struck head-on by a driver who fell asleep and crossed the center line.

An accident involving a police car

Steve Markey and Amy Orsi resolved an automobile accident case in excess of the local Tort Claims Act for the death of a woman caused by an on-duty police officer who was speeding through an intersection without his lights and signals on.

Steve obtained a judgment in the amount of $475,000 against a man who sexually molested a client when she was a child. Subsequent to having a judgment entered against him, the defendant filed bankruptcy. Steve and Amy were able to recover $340,000 of the $475,000 judgment in the bankruptcy proceedings.

Premises liability—fall due to a faulty railing

Stephen Markey obtained a settlement of more than one-half million dollars for a 65-year-old woman in a premises liability case against an apartment complex. The client had fallen when the railing she was using for support collapsed causing her to break her hip and require surgery.

Steve and Amy settled a slip and fall case against Toys “R” Us® in the amount of $225,000 after a client slipped on hydraulic fluid leaking from a piece of equipment.

Stephen A. Markey and Amy Orsi reached a $500,000 settlement against three defendants and obtained a $1,000,000 judgment against the remaining defendants for a client who was injured in a construction accident. The client fell approximately 30 feet when the scaffold he was working on collapsed causing him to fracture his vertebrae. The defendants against whom the $1,000,000 judgment was obtained have assigned their rights to our client to go after the insurance company that denied them a defense.

Steve reached a significant settlement against a builder and subcontractor as a result of serious personal injury and death arising out of ownership of a defectively constructed condominium. After moving into their condominium, the plaintiff and her now-deceased husband began experiencing various health problems, and both were ultimately diagnosed with cancer. Subsequent to their diagnosis, the plaintiff was notified that there was an issue with the construction of the condominium community in which she and her family resided and became ill and that the construction defects led to the development of toxic mold.

In several cases, the defendant’s doctor denied, against overwhelming evidence to the contrary, any wrongdoing. The net result was larger recoveries after more contentious litigation. In one case where liability was not seriously contested, the matter resolved fairly quickly, with little fanfare and less expense for all.

Steve reached a sizable settlement against a Baltimore-area orthopedic surgeon in a medical malpractice action wherein the doctor performed back surgery on a pre-teen who suffered from scoliosis. Following surgery, it was discovered that the instrumentation placed in the minor child’s back was too short and was not adequately secure. As a result, the minor child had to undergo corrective surgery.

Steve Markey and Amy Orsi reached a significant settlement against a prominent Baltimore-area orthopedic surgeon in a medical malpractice action. During a revision left hip total replacement, the surgeon broke through the client’s femur with the femoral stem of the prosthetic device. Despite X-rays being taken in recovery which showed that the femoral stem had been broken through the femur, the doctor failed to review the X-rays and failed to repair the femur.

Steve also settled a six-figure malpractice claim against an emergency room physician who misdiagnosed his client as having a urinary tract infection instead of appendicitis. As a result, the client’s appendix ruptured, thereby requiring emergency surgery.

Following two mediation conferences and on the eve of trial, Steve recently resolved a medical malpractice case on behalf of a child against an Eastern Shore surgeon who damaged a nerve during a lymph node biopsy that should never have been performed. The settlement will provide funds to allow the child to attend private school and college or trade school. It also provides payments for the life of the child. Aside from assisting the victim of the malpractice, one of the more satisfying aspects of the settlement is that three prominent malpractice attorneys turned the case down before Steve accepted the case.

The firm resolved three significant legal malpractice cases. Two of the matters involved attorneys who acknowledged to the client that they had made a mistake and advised the client to hire an attorney to pursue a legal malpractice action against them. These ethical attorneys did the right thing, and the cases against them resolved in a very short period of time for very reasonable amounts. The third case involved an attorney who refused to admit his mistake resulting in long and nasty litigation with a considerably larger settlement that would otherwise have occurred had the attorney simply been honest. Ultimately the attorney will face far more repercussions than just having his insurance carrier pay an agreed-upon amount. Unfortunately, the defense attorney for the defendant made matters worse with her aggressive representation.

Steve Markey and Amy Orsi settled two six-figure legal malpractice claims. Both cases were against attorneys who failed to file the plaintiffs’ claims with the applicable statute of limitations. The actual amounts of the settlements are confidential. 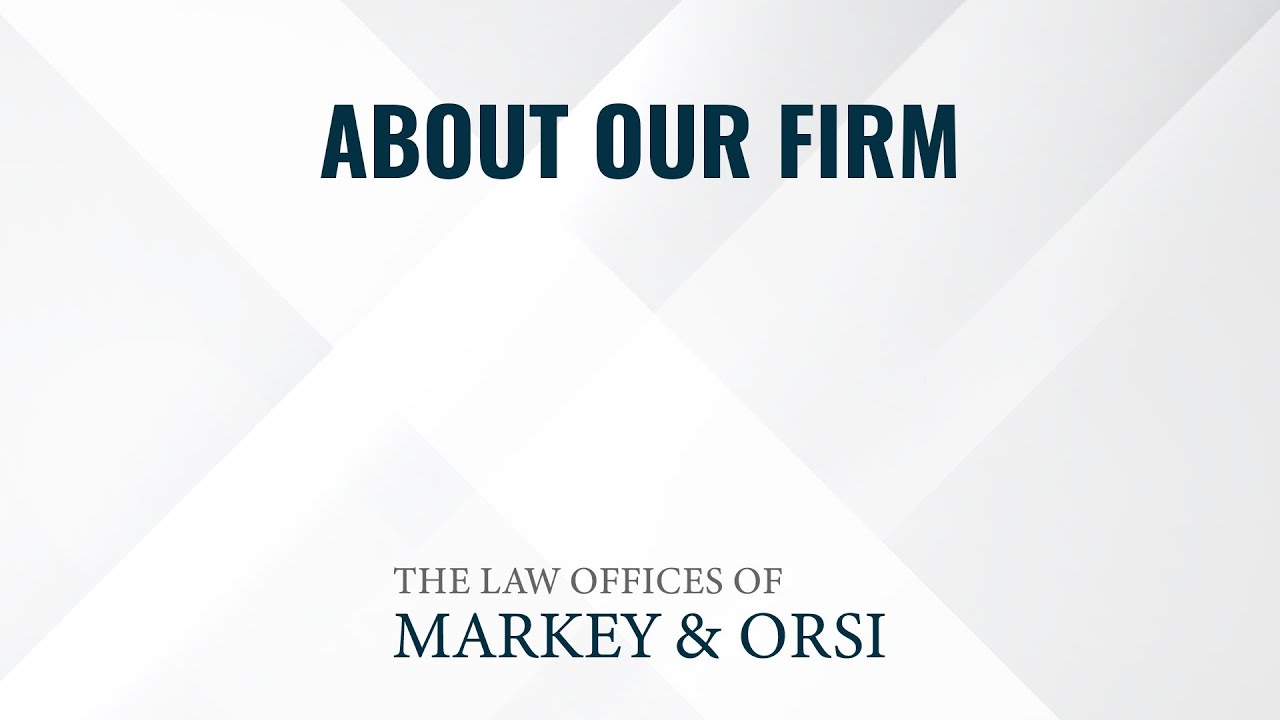 Maryland is home to several airports, and though generally, we reserve our worries for once we’ve left the ground, the truth is,…

Read more
What if I am Injured in an Airport? | What to Know

Many people have a fear of flying, after all, traveling on a plane can be a frightening thought. But, most people don’t…

Read more
Can I Sue a Doctor For Medical Malpractice in Maryland?

When you see a medical professional, you are essentially trusting that person with your life. Fortunately, most doctors understand the immensity of…