The public puts a massive amount of trust in the medical professionals that serve us. It is so easy to do so because we know how much training and education they had to endure in order to achieve their medical license. However, even in such an esteemed profession, there are always going to be a few individuals that do not live up to the standard of care that we expect them to. When a medical professional is negligent, they are putting the lives of patients at risk. Sometimes this negligence is so severe that it can result in the serious injury or death of a patient. The attorneys at Markey Orsi have the skill it takes to fight on behalf of victims of medical malpractice and their families to find justice during this difficult time. If you or a loved one has suffered because of the negligence of a medical professional who failed to meet the standard of care in Maryland, contact a medical malpractice attorney from Markey & Orsi today to discuss your case.

The medical field is vast. The human body is incredibly complex and like a machine, has many different parts. Therefore, when something goes wrong, it can be difficult to determine the problem and find a solution. We rely on medical professionals to spot any serious health concerns and determine an appropriate treatment plan very quickly. Unfortunately, some medical professionals do not provide the treatment that we expect them to. Just a few of the various types of medical malpractice that may occur in Maryland are as follows:

Since 1988, when Steve Markey was first appointed to the Board of Directors and was General Counsel to PACA (People Against Child Abuse), the Law Offices of Markey & Orsi has been handling civil lawsuits on behalf of victims of sexual abuse. Mr. Markey’s first jury verdict in January 1988 was on behalf of a 5 year old abused by a neighbor that was babysitting when he sexually abused the little girl. Steve was instrumental in the recovery for victims of the now infamous Craigs Country Preschool sexual  abuse scandal in Howard County.  To date, the firm has recovered millions of dollars for victims and been able to hold abusers, and their employers and enablers where appropriate, accountable when the criminal justice system often fails. In addition to suing the perpetrator for intentional assault and battery, we have often been successful in holding employers or supervisors for negligent hiring, failing to adequately check backgrounds, failing to supervise, failing to investigate complaints on suspicious activity, failing to have a nurse present during exams and failing to report suspected or known abuse. Most of the perpetrators had been engaging in an inappropriate activity for years with multiple prior victims and almost always with warning signs available to employers and institutions that put profit over safety.

Recently Steve Markey and Amy Orsi represented 81 victims of the abuse by Dr. Nikita Levy from Johns Hopkins in the class action matter.  Dr. Levy had a long list of victims, most of which did not know he was inappropriately examining them while videotaping the exams. As a group Markey & Orsi’s clients accounted for over $2,000,000 in recovery.  The firm also recently handled a malpractice claim that went all the way to the Court of Special Appeals which held the pelvic, breast and rectal exam by a doctor, without a medical necessity just because the doctor claimed he was “old school” and performed thorough exams, was without the patient’s informed consent.  The case resolved with a confidentiality agreement after Markey and Orsi won at the Court of Special Appeals. The firm has also handled claims involving sexual misconduct against internists, urologists, psychiatrists, psychologists, professional counselors, therapists, physical therapists, emergency room doctors, hospitals, residential treatment centers and other.  In addition to claims against medical providers, the firm has handled cases for victims of church and clergy abuse, daycare abuse, peeping toms (nanny cams), teaches, family members, neighbors and even a driving school instructor. Often the only way to hold abusers accountable is the civil justice system as all too often the criminal justice system fails.

Medical malpractice cases are some of the most challenging lawsuits that attorneys handle. Maryland requires that the burden of proof is fulfilled, meaning that the plaintiff has to provide evidence that shows that the medical professional was negligent. Medical malpractice cases also require the plaintiff to prove that the medical professional did not meet the same standard that his or her peers would have met in the same situation. Sometimes, medical errors cannot be avoided but it does not necessarily fall under the category of malpractice. It is important to retain the services of an experienced medical malpractice attorney that can assess your situation to determine whether you have a case. If so, Markey Orsi is ready to fight for you.

Maryland, along with many other states, requires that lawsuits are brought within a certain period of time which is referred to as the statutes of limitations. If an individual fails to pursue their case within this time period, they will not be able to do so in the future. Of course, this can be devastating to learn. Speaking with an experienced medical malpractice attorney is best, as time is of the essence. Medical malpractice cases in Maryland must be filed within 5 years from the date of the malpractice or within 3 years from the discovery of the injury.

The primary goal of bringing a personal injury lawsuit for medical malpractice is often to hold the negligent party responsible for their actions and to try and recover compensation for the burdens that were faced. A successful medical malpractice case is able to recover damages for both economic and noneconomic hardships that were brought on by the negligence and could have been avoided if the medical professional had been more careful. Some of the economic damages that may be recovered include the cost of medical bills, rehabilitation, additional treatment that is needed, making adaptations to the home, and lost wages. A few of the non-economic damages that may be recovered include the emotional distress caused by the negligence, pain and suffering, loss of independence, loss of enjoyment of life, and more.

The attorneys at Markey & Orsi have decades of experience guiding clients through medical malpractice cases. We understand that this is often quite a traumatic time for a family. Therefore, it can be a great relief to know that there is a skilled team of attorneys ready to help. If you or a loved one has been the victim of medical malpractice in Maryland, contact our firm today to schedule a consultation. 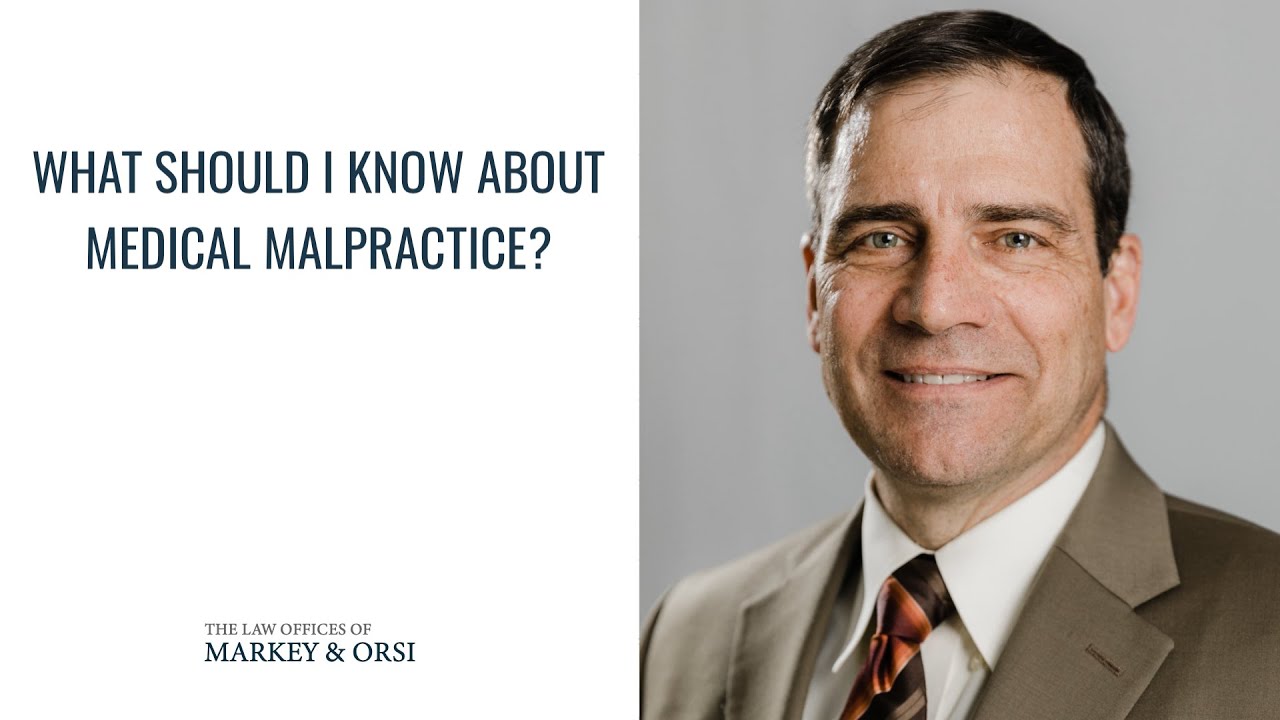 Read Our Blogs
What Should I do After a Supermarket Accident in Maryland?

Supermarket accidents, though rarer than car accidents, can be just as destructive. If you are someone who has been injured in a…

Read more
How Can I Sue For a Slip and Fall Accident Injury in Maryland?

Though we seldom expect a serious accident while walking into a supermarket, down the sidewalk, or across a parking lot, the truth…

This Labor Day, it is important to consider safety when spending the day at the pool. Unfortunately, pool accidents happen much more…